Dr. Matthew McLeod was born in Savannah and grew up in Hazlehurst, Georgia. He graduated from Emory University and worked as a pediatric cardiac intensive care nurse before transitioning to Mercer University School of Medicine to pursue a Doctorate in Medicine. He graduated with honors and was elected to the prestigious Alpha Omega Alpha Honor Society.

He was accepted into a combined training program in Plastic and Reconstructive Surgery at the University of Virginia Department of Plastic and Maxillofacial surgery where he served as Chief Resident in Plastic Surgery. During his training he received several awards including: Arnold P. Gold Foundation Humanism and Excellence in Teaching, Mulholland Society Resident Teaching Award, Trauma Chief of the Year, and the James Earnest Kindred Award.

After completing his residency in Plastic and Reconstructive Surgery, he pursued a fellowship in Aesthetic and Reconstructive surgery with emphasis on facial aesthetics, breast surgery, and surgery for chronic headaches (migraine surgery) at the Massachusetts General Hospital while serving as clinical faculty at Harvard Medical School.

Since returning to Savannah, Dr. McLeod has established the Migraine Surgery Program at Savannah Plastic Surgery.

Dr. McLeod is married with five children and is excited to return to Georgia to start his practice in Plastic and Reconstructive Surgery.

Dr. McLeod in the News 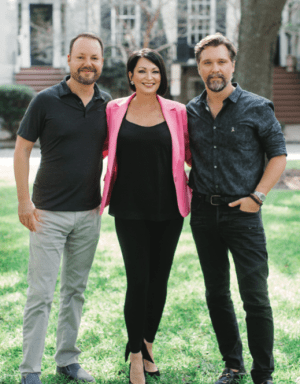 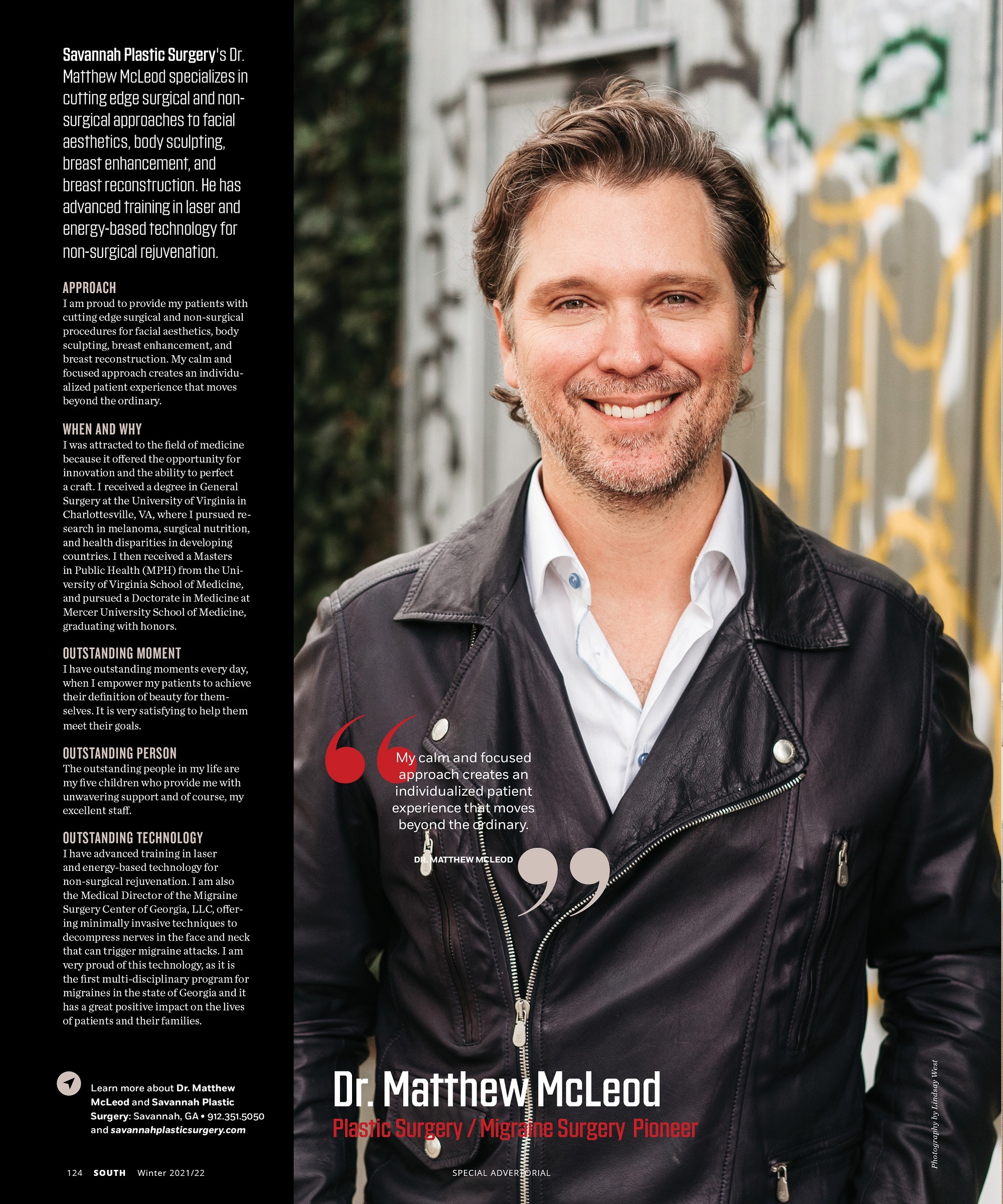 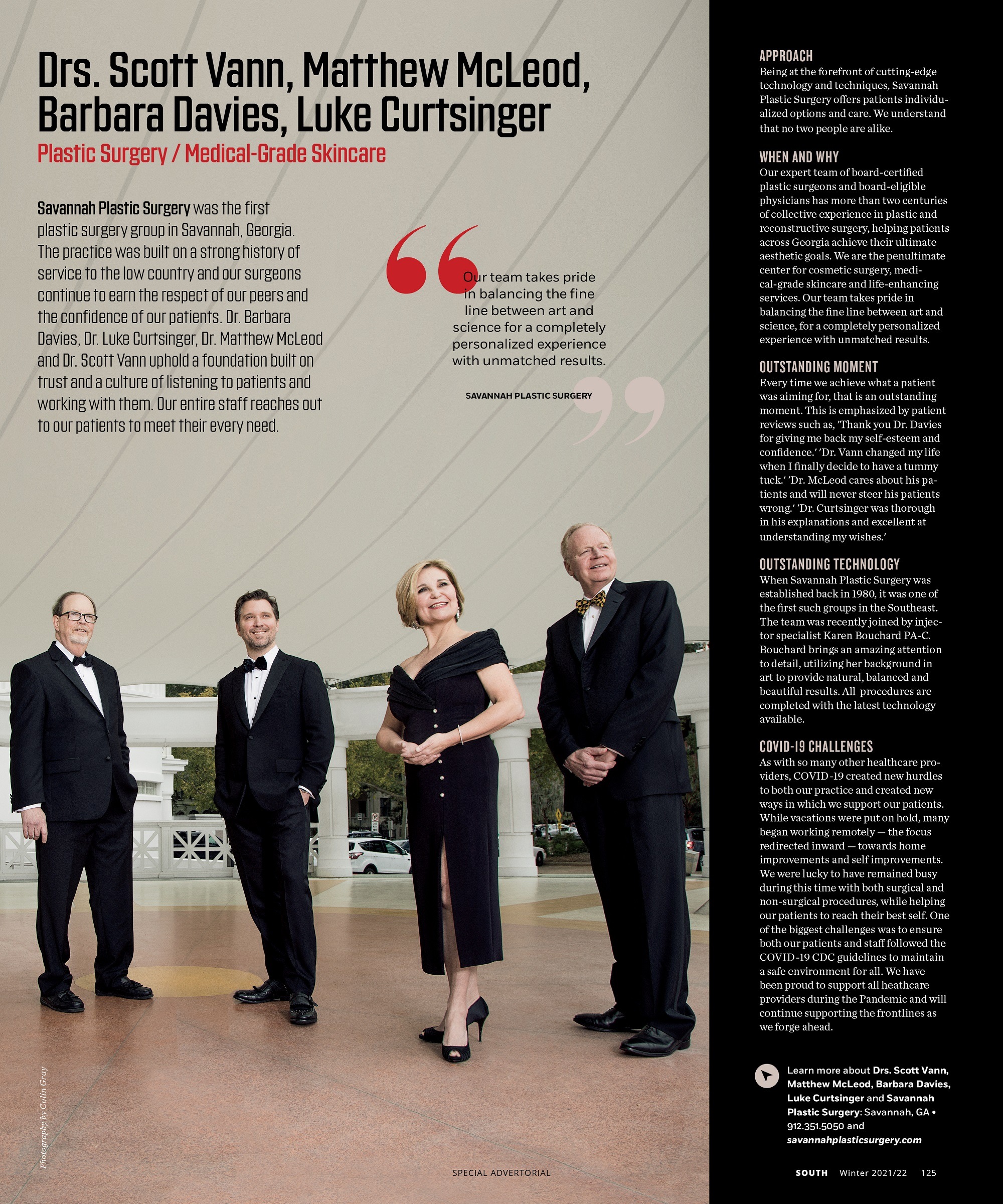